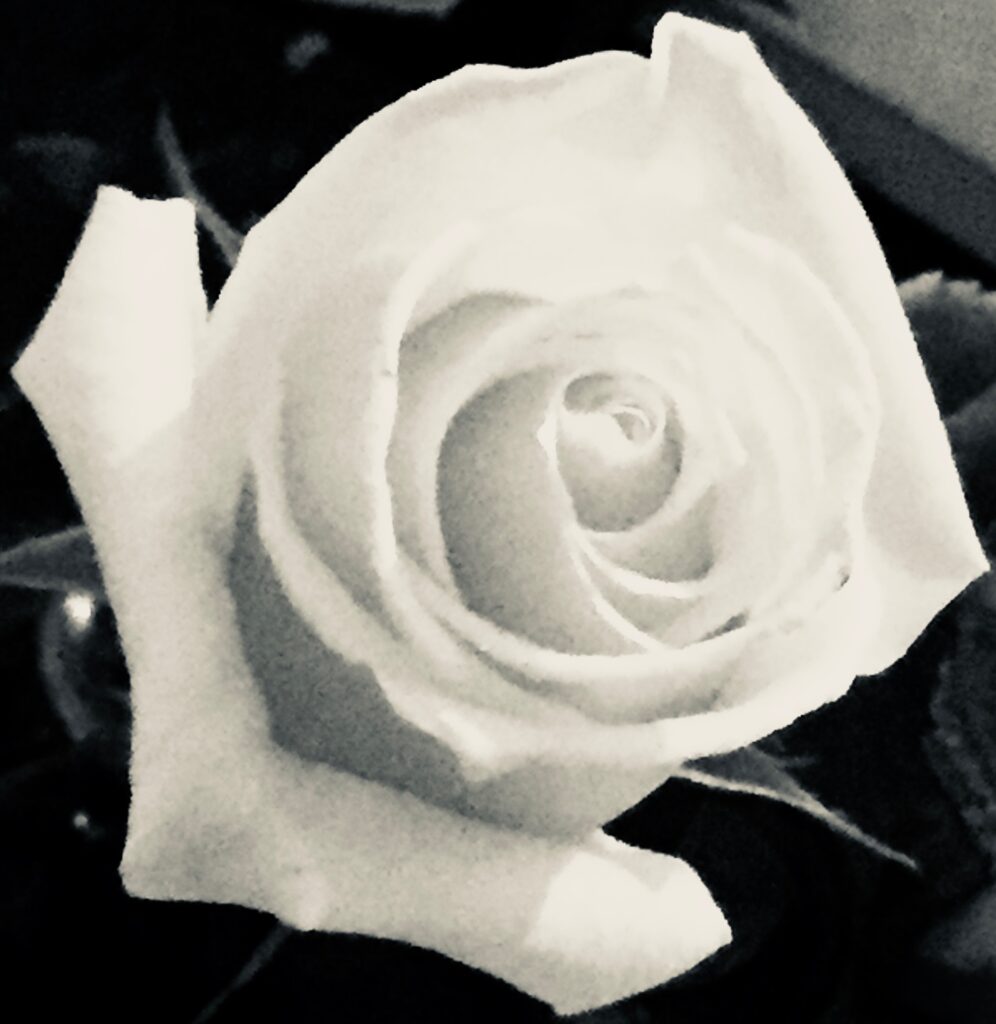 There were eight roses in the bouquet upon Sophia’s tomb today, eight lovely, ivory-white roses.

She had thought about her death. In her usual clear-eyed way, she had considered the possibility of it.

I know what she thought. I know too what Sophia would wish to say to us about it. She has signposted the way.

In a note I found amongst her papers, Sophia specified the readings for her funeral. One was from Tolstoy’s War and Peace. (Tolstoy was probably the novelist Sophia admired and loved most.) It was the passage describing Prince Andrei’s dream after his wounding in battle. This she wished read—and it was read—to us in the church on that day.

It is worth remembering the message Sophia intended the reading to give to us, to keep in mind the powerful truth which lay at the heart of her own understanding:

He had fallen asleep thinking of the same thing that always occupied his mind—life and death, but chiefly death. He felt that he was closer to it.
…
He dreamed that he was lying in the room he actually was in, but that he had not been wounded and was well. A great many people of various sorts, unimportant people of no significance, appear before him. He talks to them, arguing about something trivial. They are preparing to go away. Prince Andrei dimly realizes that all this is of no consequence, that he has other, more serious concerns, but he continues to talk, astonishing them all with shallow witticisms. Gradually, imperceptibly, all these persons begin to disappear, and are supplanted by a single problem: the closed door. He gets up and goes to the door to bolt and lock it. Everything depends on whether he succeeds in locking it in time. He starts toward it, tries to hurry, but his legs do not move and though he knows he will not be in time to lock the door, he frantically exerts all his powers.  He is seized by an agonizing fear. And this fear is the fear of death. It stands behind the door. But while he is helplessly and clumsily crawling toward the door, that ominous something is already pressing against it and forcing its way in. Something inhuman—death—is breaking in and must be stopped. He lays hold of the door, strains himself to the utmost just to prevent it from opening—to lock it is no longer possible—but his efforts are feeble and ineffectual and the door, pushed from outside by that horror, opens and falls shut again.

Once more it pushed from outside. His final, superhuman efforts were unavailing, and both halves of the door noiselessly opened. It entered, and it was death. And Prince Andrei died.

But at the very moment he died, Prince Andrei remembered that he was asleep, and at that very moment, having exerted himself, awoke.

“Yes, that was death. I died—and I awoke. Yes, death is an awakening!”

And his soul was suddenly suffused with light, and the veil concealing the unknown was lifted from before his soul’s vision. He felt as if powers that till then had been confined within him were liberated, and from then on that strange lightness did not leave him again.

Sophia’s final collection of poems, written over the last year of her life, is called Rough Sleepers.

On the plaque upon her tomb is the closing sequence (its last line referencing, in classic Sophia style, Henry Vaughan’s glorious first line) of a poem from Rough Sleepers called The Substance of Dreams:

And the illusions of objects, the solidity of desire
All whisper against our knowledge
That we are sleepers here
And that when we go it shall be into a reality of light

We the living are the sleepers, this world the dream.

For this is the truth that youthful-wise Sophia wished us to know and understand:

“Yes, death is an awakening!”

Death is an awakening, and love is eternal.