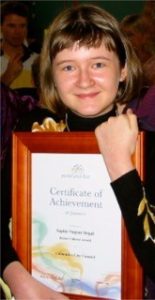 Antiquity was Sophia’s first collection of poetry. It was written when she was 13-14, and draws on her studies in mythology, particularly Classical mythology. Many of the poems won prizes in various national poetry competitions for young writers. A selection from it was published in her book, Oracle, when she was 16.

Sophia conceived of the poems as occurring within the mind of a middle-aged woman, a scholar, who figured as the speaker. In the introduction that Sophia wrote at the time, she says:

The poems in this book were written at different times, in different moods and I am certain at varying levels of proficiency by the author, however they all share one common theme: they all reflect, re-imagine or reject ancient mythology and religion. The collection began as an outgrowth of my interest in Greek mythology and most of the poems have adhered to that theme; however it has also grown to encompass other western cultures and religions as I myself have grown and learnt. In its finished form the book takes place inside the mind of a woman as she looks back across the many sadnesses of her life as a mythological scholar.

The lady in question is 51-year old A.B. Miriam Thyme, author of Thyme’s Mythology, a standard text on ancient myth and religion. Childless and aging, in her mind her life has become bound up with the Gods and heroes to whom she has devoted her life. It would be better for the reader to view the poems as the products of the Professor’s imagination rather than mine as she is much more integrated into the collection than I shall ever be and has a much more appropriate tragic life story.

The truth is that these poems were written when I was thirteen and fourteen—both at home and in a fair number of Home Economics and Mathematics classes. (I hereby apologize to my teachers for both subjects who did not at the time see the high artistic value of my use of time.)

This book is an example of several absurdities—its author is a teenager but it is written by a middle-aged woman; it reflects on the past while being most decidedly about the future; it is a showcase of growth and a window on death; it is the result of discovery and is all about what is lost. The greatest strangeness of all is that in two senses the poems have created the poet…as my mother would say The Poem Dreams…

Antiquity is a remarkably mature work for a young teenager—knowledgeable, disciplined, assured, distinctly unchildlike in theme, tone and execution. It has a clear, powerful and very individual voice. Antiquity represented a leap forward in both Sophia’s intellectual and poetic development, in which (as she notes with witty insight in her introduction) poem creates poet: 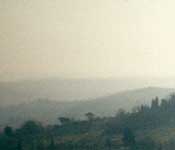 The Birth of Artemis 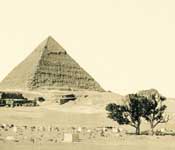 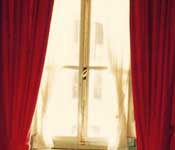 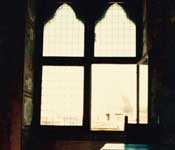 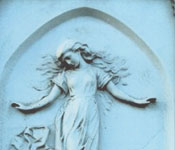