The Birth of Artemis* 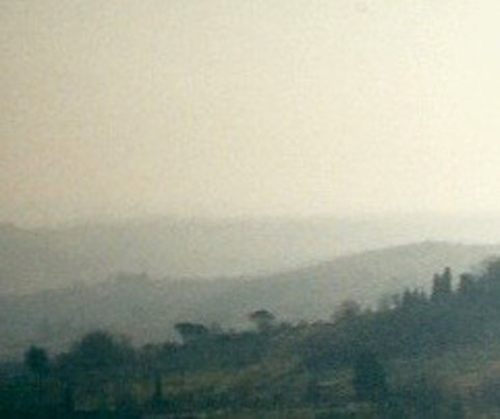 There in the ochre sky-paint of old dust
Lay the child
Like an unraveled ball of precious thread,
Without a tear,
Silky with the fluidic ichor of a god’s birth.

Now she is anchored
Like a pit to the moon
Into rocky reality,
Now she is grafted like a tear to the face.

All the swirling
Inner light
Of the cosmic womb
Gone…

The sky is flecked
With clouds,
Overcast umbrellas,
And light seeps through
The blanket in fits.

The place is still.
The rocks harsh
With the touch of reality
That she has never
Seen.

Delos like a heartbeat
Has fallen to the seabed
And is submerged in air.

The fugitive mother
Grips hard rock
And her hands
Bleed

*As a husband, Zeus had always had a roving eye and it lighted on maidens and madams both mortal and divine. In this case, the unfortunate lady was a Goddess named Leto and she had become pregnant with twins. Everywhere she tried to stop to give birth, she was met with fear. No human or immortal being was prepared to risk the wrath of Hera by giving her sanctuary. Finally, she came to the rocky island of Delos, a place cursed with eternal movement and no resources or attractions of any kind. However, the island herself was wise. Hearing Leto’s pleas for sanctuary she saw an opportunity for fame and fortune. Knowing that both of the twins were to be great divinities, she asked to be a cult centre in exchange for affording sanctuary. At that very moment pillars sprung up from the sea floor to anchor the island in one place, and it subsequently became a huge tourist attraction. The twins born there were Apollo, God of light, medicine and prophecy and Artemis, virgin Goddess of the hunt and of nature. They were later associated with the sun and moon respectively.