Scroll down for more information

“As poets and as readers we are both the users and the transmitters of this lexicon. Today we need to keep adding not subtracting meaning, remembering not forgetting, to connect ourselves to the chain that ultimately joins all cultures.”    Sophia Nugent-Siegal 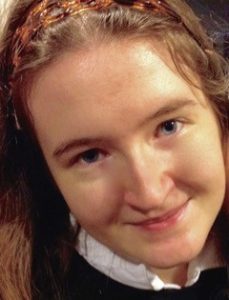 Shortly before Sophia died she asked for a notepad to be bought for her. She had more poems to write. The pad was bought, but was not used. Sophia never had the chance to write upon it. Each page remains empty.

From 2018, the Sophia Nugent-Siegal Estate will therefore commission a poem every year in her memory. The commission will be made by invitation by Sophia’s estate in association with an advisory panel of writers and scholars (many themselves mentors of Sophia). The poem will be made available through public performance and through publication.

Sophia stated in an interview that in her poetry she strove to fight against mortality and to aim for beauty and power. She believed that the creative arts represent an ongoing conversation across time and a battle against time.

Sophia’s notebook will be filled. 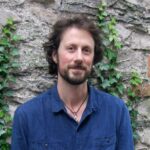 Poet, novelist, essayist, Paul Kingsnorth will be the poet adding to Sophia’s Notebook for 2022. One of the most insightful commentators on our fractured times, his work—as fierce and challenging as it is profound—lies at the intersection between myth, modernity and the natural world.

He is the author of 10 books, including the sweeping series of world-creating novels set across millennia, The Buckmaster Trilogy (his debut novel,The Wake, winning the Gordon Burn Prize in 2014) and two collections of poetry (Kidlands and Songs from the Blue River).

Poetry, Paul Kingsnorth has said, remains his first love. Sophia would wish him Godspeed in exploring the deepest spiritual reaches of it. 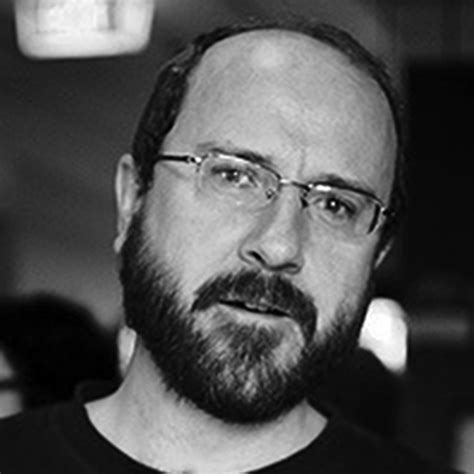 The poet who will add 2021’s “page” to Sophia’s notebook is Dr. David Musgrave. David Musgrave is one of Australia’s leading poets. He has published seven collections of poetry, and has won many major Australian awards, including the Bruce Dawe, Josephine Ulrick and Newcastle Poetry Prizes for individual poems, and the Judith Wright Calanthe Award for a work as compelling as it is scholarly, the book length elegy, Anatomy of Voice.

Sensitive, introspective, yet engaged with the world, his poetry is creatively attuned to the “cultural lexicon” which was so central to Sophia’s own worldview.  As David says in Anatomy of Voice, ‘To hear the voice of the dead/ is to trace words to their source.” Poetry is thus both an act of conscious attention and a journey towards the centre, a deeper and deeper investigation of meaning. 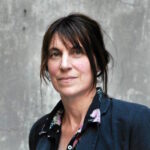 The poet for Sophia’s 2020 award is Professor Alice Oswald. Evocative in word and image, precise and acute in observation, her work draws on poetry’s oldest traditions, yet always involves a process of constant exploration.

Professor Oswald’s work has received many awards, including the T. S. Eliot, Forward, and Griffin Prizes. Trained in Classics at Oxford University, she was recently appointed Professor of Poetry in its Language and Literature Department. Professor Oswald is the author of 10 books, including the rich and marvellous Dart (which follows the winding course of the River Dart), and Memorial, a powerful riff (in both a thematic and melodic sense) on Homer’s Iliad.

Her latest book, Nobody, published by Jonathan Cape in 2019, is a voyage—words accompanied by William Tillyer’s watercolours—into the edges of Homer’s world.

The 2019 Sophia Nugent-Siegal Award for a poem has been made to Nathan Shepherdson.

Nathan’s poetry often references the interaction between word and image, the connection between poetry and the visual arts. His work is thoughtful, perceptive and profoundly individual.

The first Sophia Nugent-Siegal Award for a poem will be made to MTC Cronin.

MTC Cronin is one of Australia’s leading poets. A creative powerhouse, she has published twenty books (poetry, prose poems and essays).

Her book-length poem, Causal, has recently been released by Spuyten Duyvil (New York). A collection of prose poems, God is Waiting in the World’s Yard, is also forthcoming in 2018 from Puncher & Wattman (Sydney).

Please contact us or follow our blog if you wish to be notified of updates about the Sophia Nugent-Siegal Award.