Getting to know Sophia – a conversation 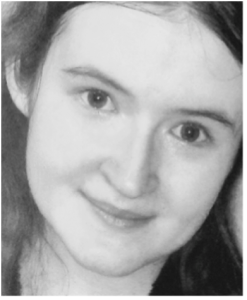 Why should you wish to find out about this young woman who died at the age of 22?

In fact, Sophia has, for someone so young, left a substantial body of work—work which, at this cusp of two centuries, is acutely aware of its place within time, looking both forwards and backwards in history.

Moreover, Sophia was a thoughtful and astute observer of the world around her, with a wisdom that really was beyond her years.

I wish I was like Boswell and had jotted down Sophia’s conversation, as Boswell did Johnson’s—but I did not. I did not expect my beautiful daughter, my vivid, vibrant Sophie, to die at the age of 22. I hoped that she would have so much more of life to record for herself all she wished to say.

Quite simply, what Sophie had to say was worth listening to. She was such an entertaining and engaging conversationalist—funny, learned, insightful. She made every day intellectually stimulating, every day meaningful and alive. Sophie had a way of threading knowledge and scholarship into contemporary life that gave depth and significance to the most ordinary experience. 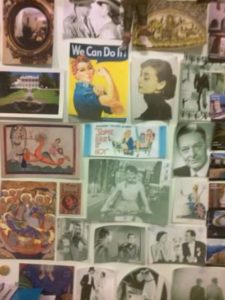 Part of the wall where Sophia put up images that interested her—Audrey Hepburn, for example, here perched elegantly beside TS Eliot and John Cleese.

What would philosopher John Locke have to say about the Cylons in Battlestar Galactica, with their separate experience but at least partially shared access to memory, given his concept of memory as necessary to identity? To what extent is Gaius Baltar in BSG a clever re-working of the Odysseus character (“the man of twists and turns”, Soph would say, quoting Homer), a flawed everyman on a starship? Charles Dickens would probably be working in TV if he was alive, but in which genre? Period dramas? Crime series? Reality TV? Gloomy BBC adaptations of social realist novels? Or slightly weird, hallucinogenic puzzlers like Life on Mars? America is often seen as a re-boot of ancient Rome, but isn’t its worldview really more reflective of the agonistic imperatives of Classical Athens? Western Europe has spent centuries avoiding contemplating the civilisational impact of The Great Schism (between Orthodox and Catholic churches), Russia however has a very different perspective—will the next two hundred years see Russia positioning itself within Europe as inheritor of the mantle of a “re-imagined” Christendom? The twenty-first century is most likely going to see the rise of empires with far longer historical memories than the West, what will post-post-modernist thought have to say about relativism in a world where cultural assertion is inevitably going to be a geopolitical goal? If you were escaping a cataclysm, like one of the scholars fleeing the destruction of Byzantium’s Constantinople by the invading Islamic armies of the Turks, which precious texts would you pack in your saddlebags (in an historian’s take on Desert Island Discs)? What books are so important to you—as in Bradbury’s Fahrenheit 451—that you would risk your very life to save them? 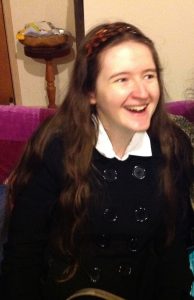 These are some of the conversations with Sophie I have had, the kinds of discussions one had with Sophie on a daily basis. A conversation with her was an intellectual roller coaster, exhilarating, never trivial, sometimes confronting, always thought-provoking—you just had to hang on for the ride!

And Sophie made me laugh. I hear her amused, scholarly yet youthful voice when I read the blog posts she wrote (too few—she was too busy really to devote much time to it). When she says, dryly, of Game of Thrones (the TV series), that “…I could watch Cersei and Tyrion move chairs with sarcastic expressions for a whole episode”, it makes me laugh still—and I miss terribly the wise and witty young woman who wrote it.

The people who come to this website will never have met her, she is a stranger to you—however, here you will find Sophia in her life and thought, especially in the selection from her work, in her own words.

I wish you had known her. Perhaps some of you will find that you feel you do.