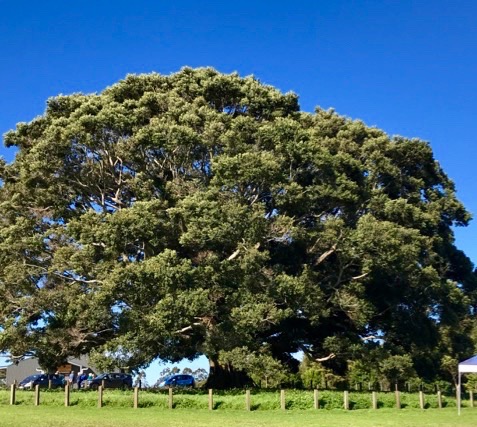 Poetry on the Hill

As part of the Maleny Celebration of Books this year a poetry reading took place under the majestic native fig tree on the hill at the Maleny precinct. Sponsored by Unity Water (who carefully tend the Obi Obi Creek which runs through the precinct), and organised by the intrepid Fiona Dempster, the event was a successful newcomer to the Celebration. (Thanks are well and truly due to Jim Soorley of Unity Water and to Fiona for ensuring the event ran so smoothly, and so successfully.)

Along with the other poets whose work was featured (Angela Gardner, MTC Cronin, Vivi Mohan, and Elsie Brimblecombe—a vivid and interesting line-up), I read some of both my and Sophia’s work. The theme given to the poets was “nature” (and nothing could have been more appropriate, given the beautiful setting!).

Sophia was not a “nature poet” per se—time, mortality, metaphysics, and the philosophy of human consciousness remained her central themes—but her work does certainly speak through the images and metaphors of nature. She uses them to take us to the fundamental questions that her mind and work were always probing.

“Nature’s dreams are on larger cycles than ours perhaps,” Sophia reminds us in The Substance of Dreams. Those large cycles—the grand sweep of millennia, the rise and fall of civilisations—were always in Sophia’s view. She was, of course, an historian, but that perspective from the top of the mountain came to her naturally.

We weren’t on a mountain to do the poetry reading. It was a hill—gentle, rounded, green—but it was winter, and it was windy, and there was an intensity to it all that Sophie would have relished.

One of the poems I read was “Winter” from her Edge series. It is such a fierce and compelling poem, and the lines took on a life of their own as I read them. Sophie was there, in her words.

It was a powerful experience for me to read them, and I think it was powerful for those who heard them—an impact underscored, I suspect, when the audience was told by Fiona after the reading that Sophie had died, and died so painfully young.

I know it hurts people to hear it. It hurts me terribly to live it.

But she is alive in her words, and that is a marvel.

Unfortunately, there is no video of the whole reading, but there is a good, clear track of the last poem of Sophie’s read that day: You Must Have a Mind of Twilight (a poem which Sophie had dedicated to her dear friend, Gershon Maller, who was, at the time, wrestling with his PhD on Wallace Stevens). Sophie’s little poem is a hat tip to both.

The link to the track is here:

July 25th, 2017|Tags: Celebration of Books, Nature, Poetry Reading|Comments Off on Poetry on the Hill