Sophia’s Poem: Self-Portrait as a Reflection

In lips over a waterfall, Nathan observes that: “only the photographs were left to take the difficult questions”.

Since Sophia’s death, I have asked quite a few of those difficult questions. In some strange but powerful way, however, it is Sophia herself who always answers them.

A few months before she died, Sophia wrote the following poem. In it, she is confronting the thought of her own death (so small a poem for so fearfully large a theme). It is, as she says, a self-portrait. One can see Sophie in it.

It draws on her love and knowledge of history. The rivers of the underworld, the processes used in creating illuminated manuscripts (of which gall taken from oak trees was an essential part), the coins given to the ferryman after death (Sophie is referencing the “owl” of Athens, a coin which had an image of Athena—whose epithet in Homer was “grey-eyed Athena”—-on one side, and an owl—the symbol associated with Athena—on the other), these all reflect Sophia’s lifelong fascination with history.

The poem begins in the underworld, but it does not leave us there—it ends in the stars, in the supernova of endings and beginnings which is both life and death and life beyond death. 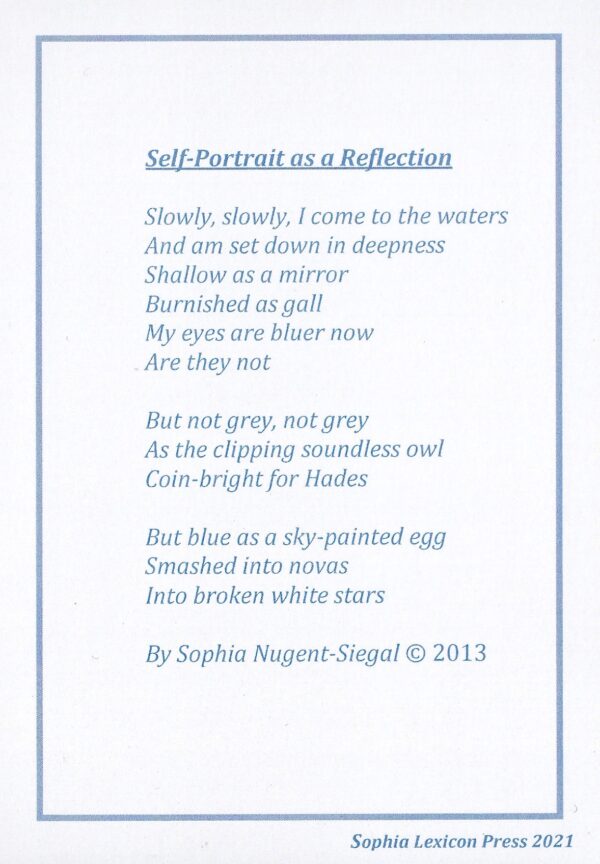 The poem is paired (in the posters and cards printed in association with Nathan’s poem) with an image of Sophia which came about by happenstance years before she died. In printing a photo of her for a poetry reading, the printer ran low on ink and produced this striking image. I kept it. There seemed something so quintessentially Sophie about it, a compelling intensity of being that shone through even in the most reduced and abstract of forms. 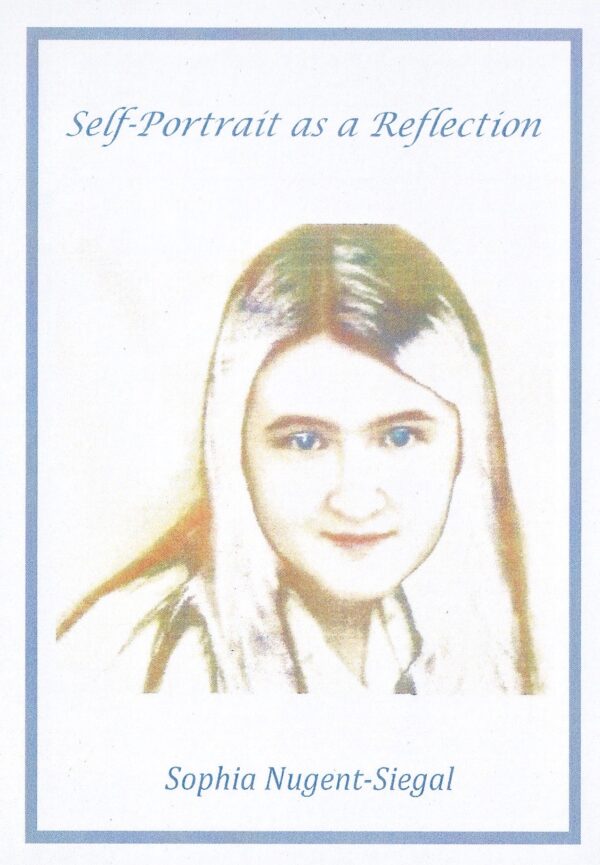