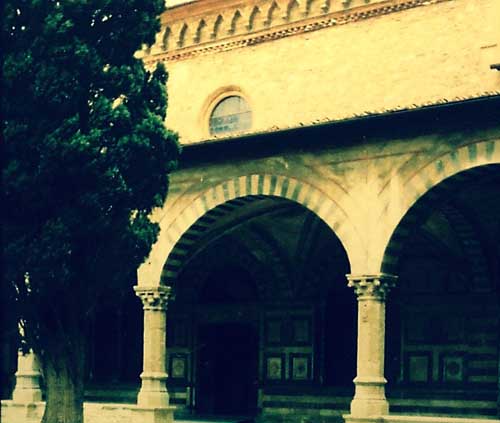 There are no people in the geometric city
Its broad ways are trafficless as are the lion’s ungraven eyes
For the city is perfect, it is straight and it is curved, it contains,
And in the theatre there is a silent singer
Who sings the inscrutable song of angles which we see
Spreading along the line-drawn streets