The Woman in the Sun and the Seven-Headed Dragon;
and the War in Heaven, The Apocalypse 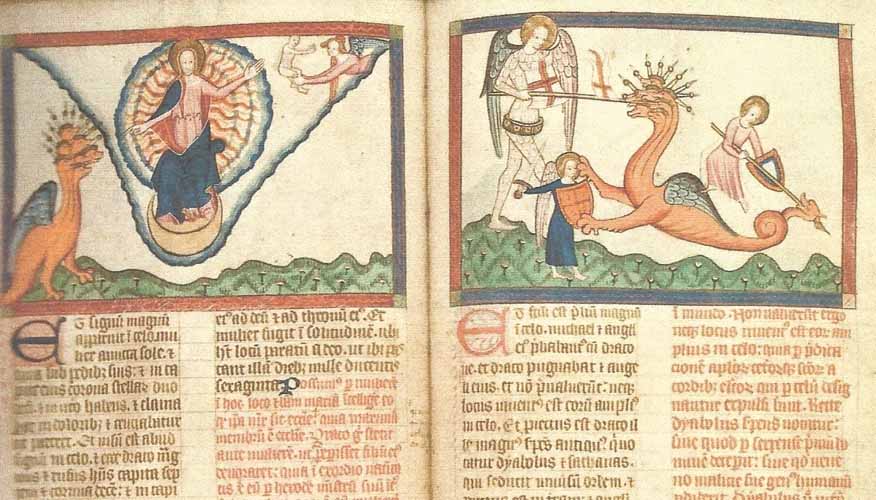 She points to them both
And becomes a turning point