Easter is the holiest festival in the Christian calendar.

Steeped in compelling reminders of the presence of suffering and of the ineradicable human capacity for evil which all too often ends in such suffering, the story of Easter is one with which modernity, in its relentless “pursuit of happiness,” has become increasingly uncomfortable.

Yet it is Easter that holds Christianity’s deepest truth.

Death, St Paul tells us, is “the last enemy”—and it is death whose final and utter defeat is symbolised in the Easter narrative.

Every year, at Pesach, Jews celebrate not just the freeing of the Jewish people from oppression in Egypt and the survival over millennia of this harried little tribe of exiles, but also the Passover’s re-statement of the covenant made between humanity and God.

For Christians, Easter represents the ultimate fulfilment of that covenant, sealed in the life, death and resurrection of Christ.

There is a poetic wholeness—image wrapped in image, reference in reference—to the Easter story; and there is also a fierce beauty, a symmetry, which poets and artists of the past understood, but to which we are blind.

We have forgotten how to see.

Here in the following poem, written when Sophie was 16, Sophie threads together Jewish and Christian traditions (as those familiar with the Passover Seder will recognise) to remind us to open our minds as well as our eyes—for us to see with the soul the mortal pain we share, the pain for which Christ’s anguish is the transcendent answer. 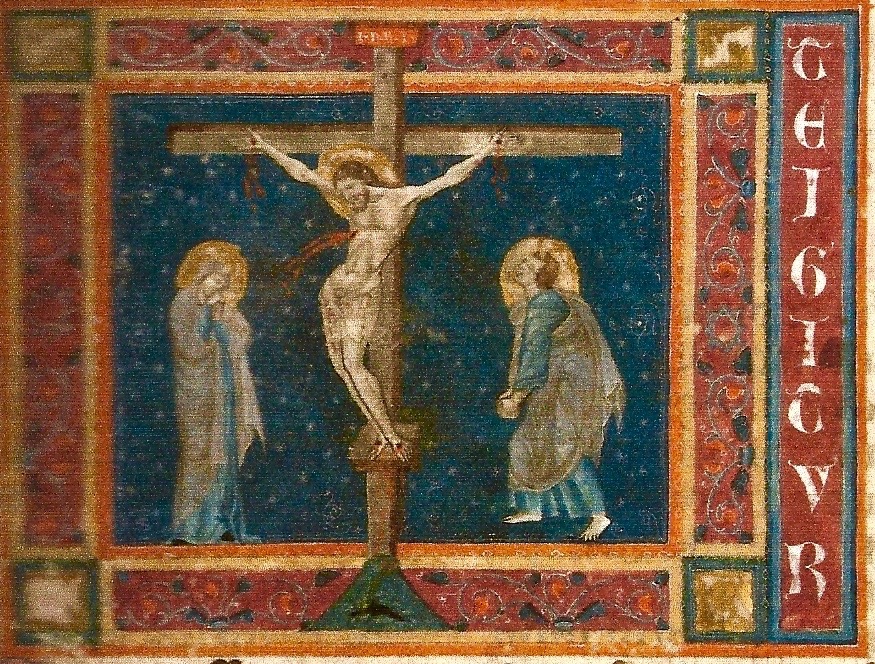 Is this what salvation takes?
This squinting at suffering through a lens

Looking closely a red mark can be found on her gathered-up hand
Is it the stigmata or a splash from overhead?
Heaven-given blood that reminds us of the grace of the Annunciation
And the smudged mandala of the Holy Spirit