Thus, taking a body like our own, because all our bodies were liable to the corruption of death, He surrendered His body to death instead of all, and offered it to the Father. This He did out of sheer love for us, so that in His death all might die, and the law of death thereby be abolished because, having fulfilled in His body that for which it was appointed, it was thereafter voided of its power for men. This He did that He might turn again to incorruption men who had turned back to corruption, and make them alive through death by the appropriation of His body and by the grace of His resurrection. 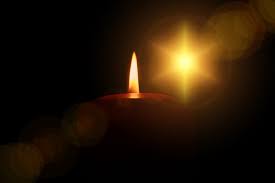 Thus He would make death to disappear from them as utterly as straw from fire.

From On the Incarnation, by St Athanasius  (a passage from one of the readings Sophia chose for her funeral)

April 16th, 2017|Tags: Grace, On the Incarnation, Resurrection|Comments Off on Grace