Quadrant magazine has published two of Sophia’s poems in their October edition. How wonderful this is!

I think Sophie would be very pleased.

One of the things that would please her most was that the poems were submitted, and subsequently accepted, with no reference having been made either to her age at the time of writing them or to the fact of her death.

The poems were taken from Antiquity, her earliest collection, which was concerned largely with mythological themes. The two poems published were written when she was 13. They are thus the work of a very young Sophia—but they reveal, in their intellectual reach and aesthetic discipline, the power and assurance that was so characteristic of her work.

As the editor noted after being informed of both Sophie’s youth and her death, the poems were accepted as “from a mature woman of sensitivity, intelligence and insight, and accomplished poetic talent”.

This would mean an enormous amount to Sophie, to be accepted simply on the basis of her work, on the quality of her thought.

As one of Quadrant’s editors observed to me, Sophia’s work deserves to reach a far wider audience than hitherto. I think so too.

Publishing her work is a priority. Here are two poems to begin… 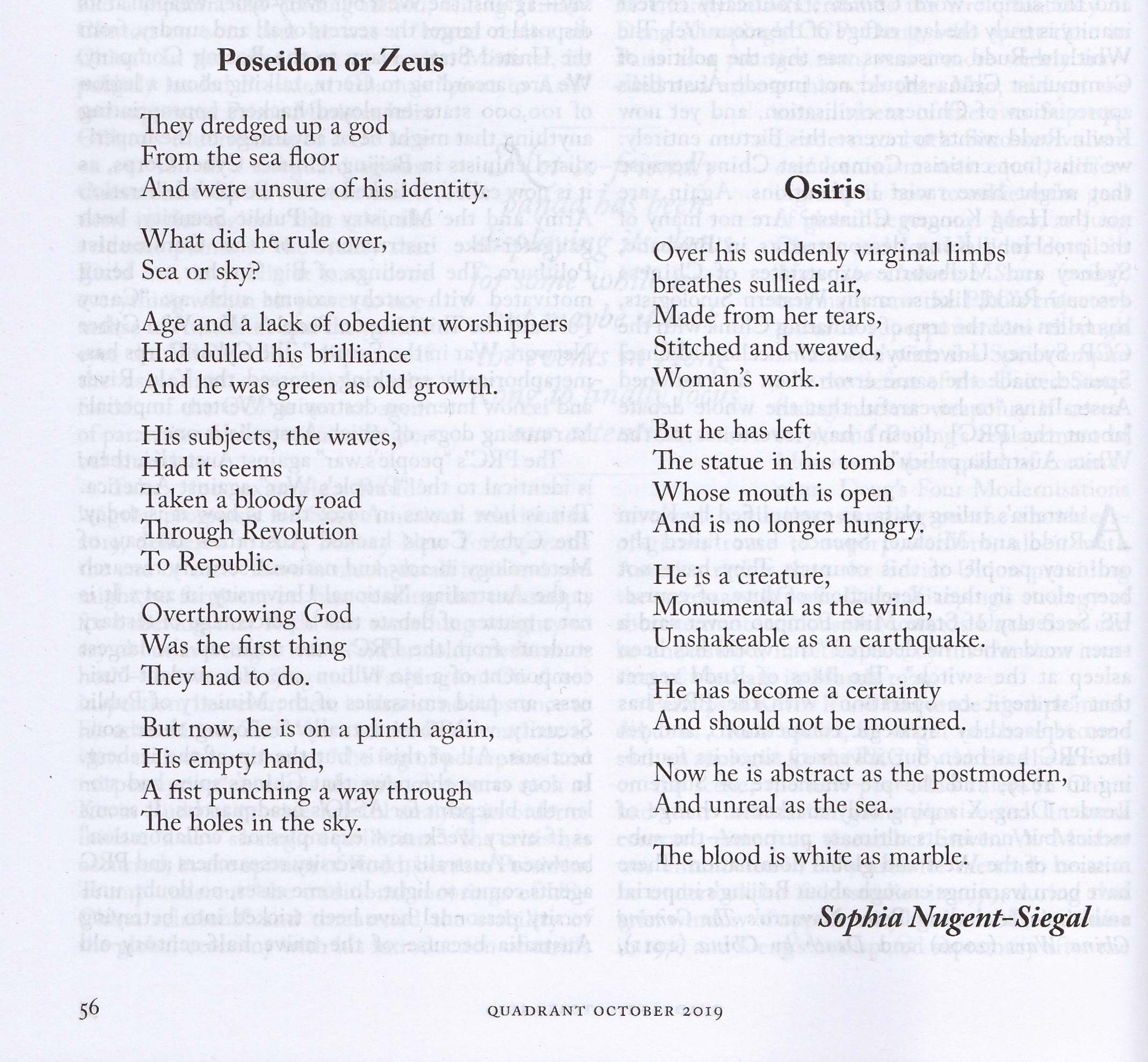