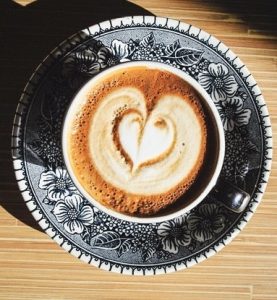 Wittgenstein famously concluded his Tractatus with the memorable comment: “Whereof we cannot speak, thereof we must remain silent”.

The search for meaning, for truth, for wisdom, these things on which the best of civilisation has in every age been based, are of critical significance to human culture and development.

Lexicon is therefore premised on the notion that debate, conversation, discussion is fundamental to the intellectual and spiritual health of society. We have to keep talking about the things that matter, no matter how difficult it is, no matter how complex the ideas, how passionate the convictions, how improbable the likelihood of resolution—because sometimes it’s not the “getting there” that matters, but rather the shared endeavour, the good faith in which one seeks to understand another‘s point of view and tries fairly and honestly to communicate one’s own; with the hope that, by such means, some greater measure of truth will be found.

This is not, however, Lexicon’s only imperative. It is also premised on something equally as important—the notion that such debate is worth doing just for the sheer intellectual joy of it, for the fun of it!

Wittgenstein may have written about language games, but he was not a man who really understood the idea of fun. Life as Ludwig was a pretty grim affair.

Sophia, on the other hand, had a wonderful capacity for joy, and part of that joy was in soaring clarity of thought, and in the sharing of it in conversation.

Sophie loved nothing better that to sit in her favourite café, with good friends and good coffee, to discuss anything and everything that mattered.

So, friend, find yourself a conversation about “the things that matter” and join in—for the sheer, wonderful, exhilarating joy of it.

Sophie would raise her cup to that…

December 10th, 2016|Comments Off on Welcome to Lexicon