Quadrant has published another of Sophia’s early poems, In Passing.

It includes the footnote Sophie wrote to accompany the text. When Sophie collated and organised the collection, Antiquity, In Passing was the poem she chose to conclude it.

As Sophie conceived of the poems as being the product of a middle-aged, melancholic scholar, a professor in the field of religion and mythology called (rather wonderfully) A.B. Miriam Thyme, it is altogether fitting that the last words in Antiquity are in a footnote.

There is a classic Sophia edge to that thought, both witty and wise in its acuteness.

The universe is vast.

We are such frail creatures, footnotes all of us within it.

And yet the Iliad exists, and in a future inconceivable to Homer, a 13-year-old Sophia wrote of it. 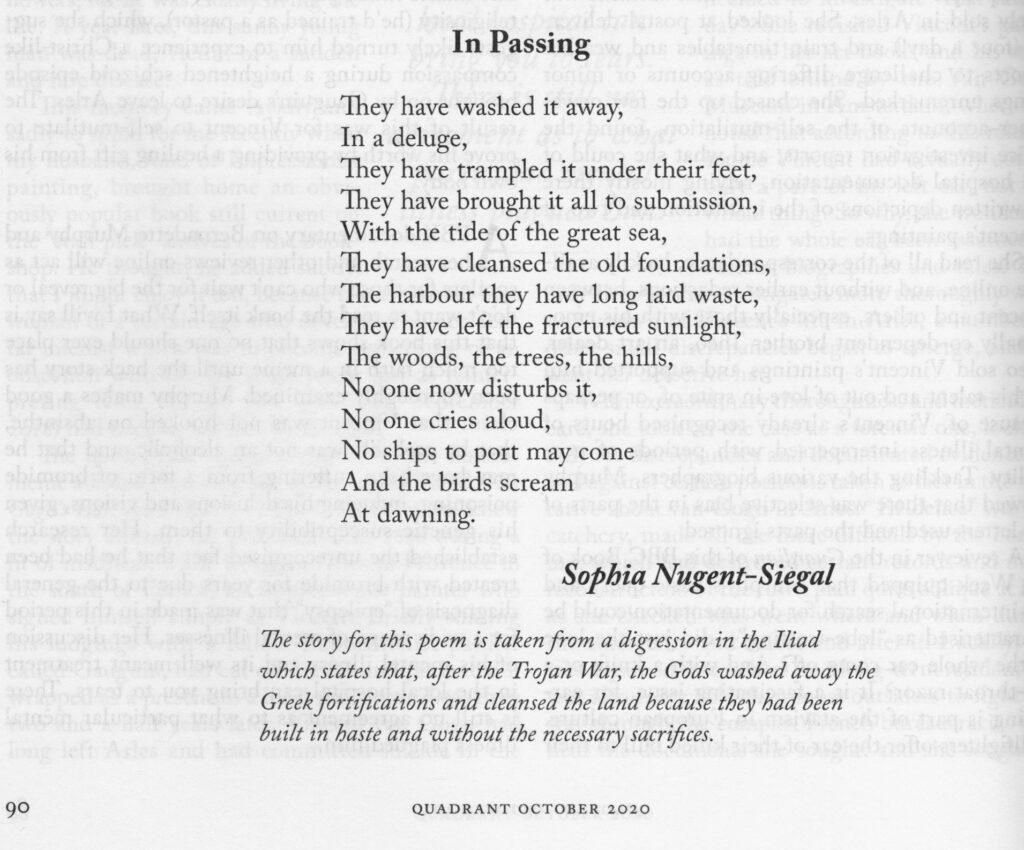